In the book (and shitty movie) Ready Player One, players can literally feel the VR world known as the OASIS with haptic feedback suits. The big question, of course, does that mean that players can get “sensations” in the ding dong region?

While the jury’s out on whether people are getting it on in OASIS suits, Sony has gone ahead and patented haptic feedback clothing for future iterations of the PSVR.

That’s a glove, not a wang, but still, the possibilities are ENDLESS.

While the patent filing states explicitly that this listing is for gloves, it also states that the haptic feedback tech could theoretically be used in other items like “…a hat, footwear, pants or shirt.” Or underpants… probably. 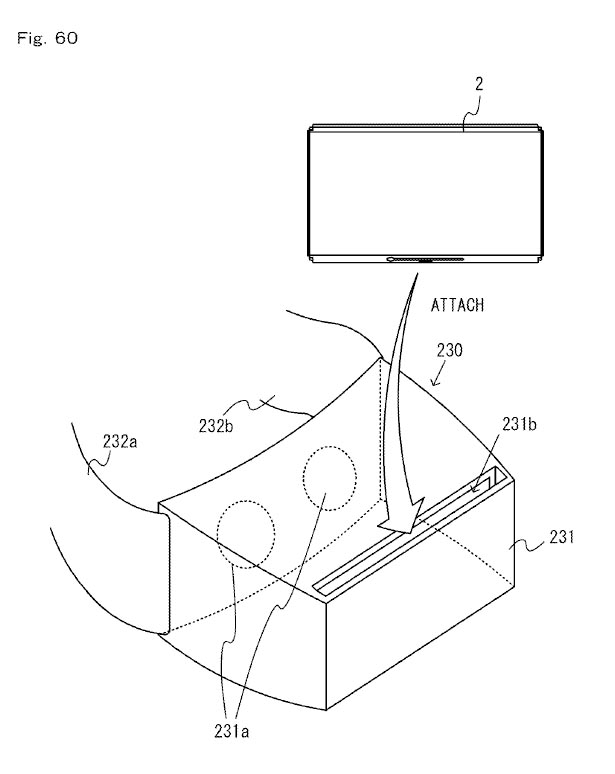 Nintendo has teased that there will be some exciting stuff announced for the Switch in their big livestream in January. Could one of those big announcements concern virtuality reality?

A sharp eyed NeoGAF user who goes by the name Rösti spotted a bunch of recently posted patents from Nintendo that show that the Switch may very well have some kind of VR support. One needs to dig through the filing a bit before you spot them.

As one can see from the image above, which was taken from the patent filing itself, the Switch VR would act similarly to a Samsung Gear VR. All one has to do is slide the Switch tablet into a headset and BOOM, you got VR.

One shouldn’t bet the farm on patent filings, as they can turn out to be nothing, but there is always the chance that they can turn into something, eventually. It certainly shows that Nintendo is or was considering VR in some capacity.

A Switch VR would certainly be better than the ill-conceived Wii U VR that was never released.

On October 13, Sony will unleash virtual reality to the unwashed masses. Console users rejoice! No longer will you be hampered with the need to purchase an expensive PC in order to frolic blissfully in virtual worlds.

All that is needed is a PS4, and $399 (to start), which is still nothing to sneeze at, but it’s better than the thousands of dollars needed if your a PC gamer.

Leading up to the big launch, Sony wants you to know  about the great many things the PlayStation VR is capable of doing and what you need to do to join the virtual reality party.

Go ahead and take a gander at the Official Sony PlayStation Blog for the full FAQ, you will not be disappointed… Or maybe you will, I for one haven’t bought into the VR hype just yet.